Apply for a grant

The June Canavan Foundation was established in 2010 to honour the memory of Dr June Canavan. The Foundation will create a legacy which builds on June’s humanitarian work. It will provide financial and other support to existing projects in four areas close to June’s heart: Sport – Health – Education – Conservation.

After June’s death in August 2009, a group of friends and colleagues from the Sunshine Coast established the Klocking up the Ks Fundraising Committee.  The aim of the group was to continue the fundraising which June had initiated to ensure that her goal of donating $50,000.00 to the School of St Jude could be achieved.  Another group of family and friends decided to do the last K by climbing Mt Kilimanjaro in June’s memory. Through a variety of events and activities during the latter part of 2009,  June’s community raised $150,000 in her honour to support the School of St Jude.  This was three times the amount which June herself had set out to achieve.

The Foundation will distribute funds to selected projects and organisations.

The two main sources of funds are:

The Foundation is established as a Private Ancillary Fund  with a Board of Directors, a documented Investment Policy and a documented Giving Framework.

The first phase of the Foundation’s giving

We have now completed the first five years of the Foundation’s expected 20 year life.   Click here for a presentation providing an overview of  The June Canavan Foundation – Our First  Five Years 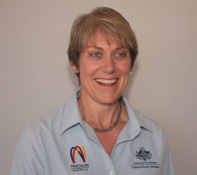 Anne was June’s partner of nine years. They shared a love of sport – both as participants in a variety of sports and in sport management. In 2006 Anne and June took a year off work to undertake a Master of Sports Management in Lausanne, Switzerland. In her professional life Anne has spent over 20 years working in sport administration, most recently as the Chief Executive Officer of Triathlon Australia for five years, and prior to that for four years as the Director of Anti-Doping at the Union Cycliste International (UCI) in Switzerland. Anne has recently been appointed as a Director on the Board of Cycling Australia. Through the establishment of the June Canavan Foundation Anne has enjoyed learning about the art of philanthropy and the passionate, committed people working and contributing to the philanthropic sector.

Jo Saies is an Adelaide based business owner, consulting in human resource and organisational development. She brings expertise in process documentation and improvement, governance and strategic communications to the JCF Board. She is also President of Norwood Lions Club. Jo has demonstrated a lifelong involvement in social justice initiatives, has a strong commitment to ethical and values based leadership, and is keen to see the JCF make a real difference within the philanthropic sector. Jo loves the outdoors, and has represented Australia as our first visually impaired female downhill ski racer.

Kerry is a retired Psychologist who knew June for 20 years, initially introduced through her partner Sue.  During that time June was Kerry’s Doctor, friend and boss.  She subsequently worked part-time at the Surgery counselling.  Kerry reflects “Anne invited me to be a Director and it has been a pleasure to belong to the June Canavan Foundation, continuing on June’s legacy for many years to come”. 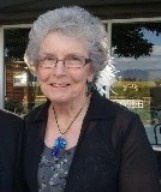 As June’s oldest sister, Lorraine provides a strong family link to the Foundation.  Lorraine and her husband David live on a property near Wangaratta.  June was  a “Wang girl” –  she grew up there, becoming Sports Captain and a Prefect of Wangaratta High School.  Throughout her life, June loved to return home to spend time with Lorraine and the family on the farm and catch up with old school friends.   The Griffiths family are actively involved in many community organisations within the North East region of Victoria, thus ensuring that June’s legacy lives on through the support of projects in the area 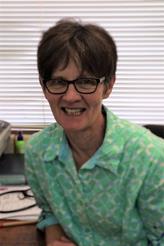 As a fellow G.P, based on the Sunshine Coast for the last 15 years, Jo was a close medical colleague and friend of June.  Outside of medicine, Jo’s interests include cycling, bushwalking and photography.  She regularly commutes to work by bike, stopping constantly to photograph the beauty of the journey.  Jo is a regular volunteer at Rosies, Friends on the Street, a charity which collects and distributes food to the homeless.

Merran has lived on the Sunshine Coast for over 20 years. During that time June became Merran’s Doctor and good friend.  They  shared a love of Golf and sports.  Known as a great networker, Merran brings her experience in event planning and management, marketing and business strategies to the Board.  Merran enjoys working with the other Board members to ensure that June’s legacy lives on.

Peter knew June for over 20 years. He first met June when he completed his high school work experience at her Maroochydore practice. He subsequently studied exercise physiology and nursing and while continuing a professional relationship with June as a great mentor, they also developed a close friendship. Peter worked with June in a variety of activities including the provision of medical coverage for sporting events, running preventative health programs and doing research. This work was often accompanied by an opportunistic swim or run. Peter currently works for Queensland Health and continues to seek out a run or swim whenever he can.

Maureen is a Primary School teacher, specialising in Physical Education for much of her career. She first met June in the mid 80’s and they became firm friends. June was also Maureen’s Doctor from afar – often travelling from NSW to see June for a medical opinion and to spend time with her for fun weekends away. Maureen was also a member of the Triathlon Australia elite division which June looked after at times.  Maureen moved to the Coast in 2003 on June’s recommendation as it was warmer than Sydney.  Maureen endeavoured to help June with her fitness journey, although this was very spasmodic – spatted with dots of squash, walking / talking and occasional jogging.  Maureen joined the Board in October 2019, She says that being a board member to keep June’s spirit alive is a wonderful opportunity to work with an amazing team of people who  are working together with one thing in mind – to ensure June’s legacy lives on for many years to come.